IN THE TWINKLING OF AN EYE

Posted on August 9, 2019 by Loretta Fulton Leave a comment 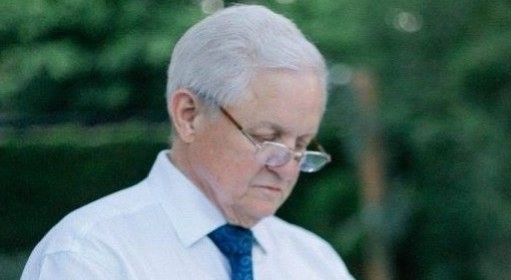 All of us at one time or another make plans for life. It may be plans we have for a vacation or possibly a mission trip. We may be saving up for that once in a lifetime purchase that we said we’d get once we had the cash in our pockets. Other times it’s just planning for tomorrow. How often do you ask or get asked, “what are your plans for tomorrow?”

My wife asked me that just today. It’s my day off, but I have a little church business to take care of first, then maybe to the driving range for my plans to play in a scramble tournament in a couple of days. However, all that can change in an instant. Things could happen that throw any or all those plans in disarray. Both short term and long term plans can change in a split second.

In high school, I had a lot of plans. I planned to inquire into applying to the U.S. Naval Academy. One of my friends and I had talked about college where he’d go out for basketball, and I’d play football. In shorter terms, I planned to run track after football and then on to baseball before graduation. Our team, the mighty Plano Wildcats, had to win one more game to make it to the state championship game. I say mighty, but I think we just had one or maybe two players that even weighed over 200 pounds. I believe the program had me down at 150 pounds, even though I only weighed 140 pounds. Even so, there were plans to step onto the field in Austin the following week.

We were two-touchdown underdogs against a powerful Iowa Park Hawks team. But when the dust cleared, and the final gun was fired we had come out triumphant with an unbelievable score of 40-8. We were going to state, headed to Austin to face the town of Edna. The team was going; however, in an instant, the twinkling of an eye, my plans changed. Not only would they change heading to state, but also after graduation and the months before and after. 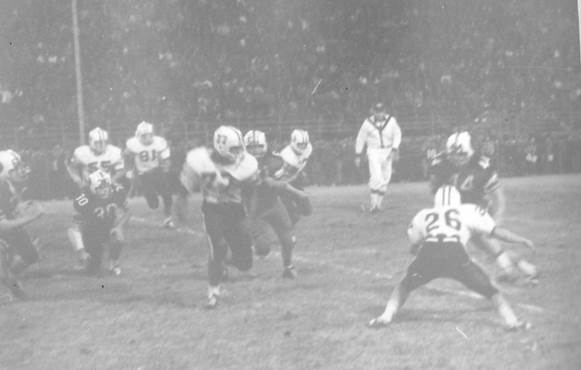 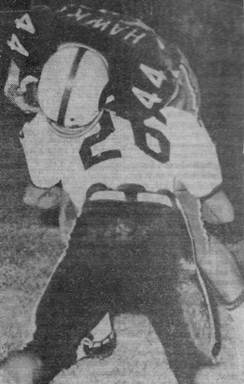 The picture above was taken a split second before my life changed. It’s a little faded from over 50 years of age. However, if you look closely, you’ll see number 26. That’s me doing my job to turn the runner inside. The player to my left is Kenneth Davis, 190 pounds and built like a rock. The runner had to make a choice, either run into a 190-pound brick wall or a 140-pound picket fence. He chose the fence, and in an instant, my life changed. As I tackled him, the impact broke my fifth cervical vertebrae.

So, what do we do when our life suddenly changes? What do we do when all our plans go “south,” and we have to start over? Where do we turn when we have to take a different road in life? I learned not long after that night that life doesn’t end. If we allow him to work with us, God will lead us in a different but better direction.

I couldn’t apply to the Naval Academy, so I went to Arlington State College, where I found the “Bible Chair.” Basically, a “Bible Chair” is just a religious group on a state campus. It was there that I took an elective course in New Testament studies, and something changed in me. It was there that I decided to go into ministry. My plans for the water would be different. Instead of a ship at sea, I’d be fishing for men. I have no idea where my life would have been if, on Nov. 11, 1965, the runner had turned right instead of left. But I do know that in the twinkling of an eye, in a split second, God sent me in a different direction.

When life messes up our plans, we need to step back and just see what greater things may lie ahead. There’s a phrase whose origin is debated but is a great example of plans changing. I remember it being used in the movie, “The Sound of Music.” You may have heard it elsewhere or something like it, but it expresses how we should view changes in our lives. “When God closes a door, somewhere he opens a window.”

James reminds of this in his letter, “Now listen, you who say, “Today or tomorrow we will go to this or that city, spend a year there, carry on business and make money.” Why, you do not even know what will happen tomorrow. What is your life? You are a mist that appears for a little while and then vanishes. Instead, you ought to say, “If it is the Lord’s will, we will live and do this or that.” (James 4:13-15)

We must learn that life will have its ups and downs. Not everything is going to go the way we plan or even want. However, if we keep in mind that God is always around, our life won’t come to a complete stop, just take a new turn. Then, when the road we want to take is blocked, forcing us to change routes, we can still enjoy the new opportunities that He offers us.

Danny Minton is Pastoral Minister and Elder at Southern Hills Church of Christ.