Push Americans into a corner, and they’ll either start painting or enliven the crunched space with creative juices soon to spill over. 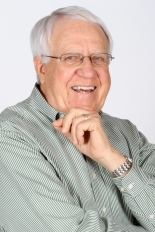 Superintendents and other school “brass” have greatly expanded committees planning commencement ceremonies, realizing that “same old” plans employed historically since the earth started cooling are “no more.” For many reasons–some understandable, some impractical and a few bordering on idiotic–most graduation exercises this year are far more casual. Formality has been kicked to the curb, and circus-like celebrations both in neighborhoods and on parking lots prevail. Some, I am told, have included steam calliopes, operators of which don’t have Pomp and Circumstance in their musical repertoires.

This is not “rocket surgery.” School leaders smile, knowing that if something goes wrong, there are masses of people to join them “egg-faced” in the corner. Graduates still get to wear caps and gowns, receive diplomas and move cap tassels to the other side.

Views of “new school” diploma distribution quash thinking of the “pros.” Many “admins” likely are mumbling to themselves, much like teachers who’ve made room for standardized testing in schedules already bulging. Their utterances are similar: “We’ve never done it this way before.”

Mice let loose and air horns blown in cavernous venues would hardly be noticed, and revelers trying to bring in bazookas wouldn’t get past security.

Who would have dreamed–even two months ago–that usual venues wouldn’t get it done this year?

Instead, many graduates will file across home plates, goal lines and assorted other markers in places like the Texas Motor Speedway, Globe Life Field and AT&T Stadium.

Commencement speakers will urge graduates to “start their engines” and seek to win in “the game of life.”

One wiseacre from a small high school bragged that he “finished right behind the valedictorian and salutatorian,” failing to disclose that there were only three seniors in his class. He’s the guy who wanted to have graduation ceremonies at the car wash.

Had such been allowed, the grads would have entered the car wash in academic regalia, “coming out clean” in swim suits on the other side.

I have been privileged to address many graduates over the past 60-plus years.

At one, the new principal invited parents who cared to do so to come on stage and “say a few words” when their offspring crossed the stage.

Realizing I was last on the program, I groaned at the prospect of speaking at a late hour. Though there were only about 30 graduates, at least that number of parents accompanied their graduates on stage when they accepted diplomas. Parents “sobbed” and “blubbered” their expressions of thanks to faculty, coaches and others.

Conditions were deplorable at the outset, and they got worse. We were in an old gymnasium with no air conditioning. It was a hot June night, with a couple of box fans blowing hot air from one end to the other. Attendees were “scrunched” on backless bleachers, babies cried and graduates fidgeted. We started at 7 p.m., and I was introduced to speak at 9:50.

Groans were audible. Had Moses appeared with his stone tablets of commandments, he likely would have been granted little more attention than I received.

I began this way: “I know how uncomfortable it is for you to sit up, and how tired you must be if you stand up. I know how late graduates tonight will stay up, so I pray to know when to shut up.”

They applauded my eight-minute talk.

If you don’t remember “My Uncle Terwilliger on the Art of Eating Popovers,” you can look it up. That’s all he said in his one-minute “commencement address” at Illinois’ Lake Forest College 43 years ago.