Posted on August 3, 2019 by Loretta Fulton Leave a comment

The prophet Isaiah really started something when he foretold of signs to indicate the coming of the Christ child. 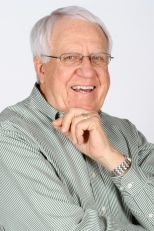 I know. This is a scriptural reference heard mostly at Christmastime. It is noted, though, that signs were big in biblical times, and remain big now. Today, some signs with their modern-day digital technology, colorful images and crisply-worded messages are indeed inundating.

And rarely do any of them mention His Second Coming.

Before there were T-shirts emblazoned with clever messages and Madison Avenue cashed in on mass advertising, a couple of youngsters did much with little…utilizing clever “ditties” nailed on fence posts. The brothers talked their shaving cream-manufacturing dad into underwriting their proposal with a few hundred bucks. During the 1940s and 1950s, there were thousands of “Burma-Shave signs” dotting American highways. Adults and children alike kept eyes peeled for them while on the road.

Sadly, such ingenuity is not often noted these days, but unique, local and laughable signs still pop up from time to time. Following are some that have caught my eye. Occasionally, the messages pack even more “punch” if rules of spelling and/or grammar don’t get in the way.

I recall one “foul-up” that was quickly corrected on several billboards in Brownwood during my college days at Howard Payne University. HPU’s “Douglas MacArthur Academy of Freedom” was being promoted.

He initially dodged admission of fault, but several observant citizens provided photographic evidence of the billboard, as well as copies of the text material submitted to the billboard company. (No doubt, the old prof never misspelled “MacArthur” again.

The well-intentioned folks simply didn’t know that a regional theme park in Amarillo was called “Wonderland.” Or that offense would be taken.

Offense was taken, and the Six Flags people scrubbed all the billboards in a vast area of Northwest Texas, apologizing for making light of a lesser theme park.

And how about some hamburger ad smiles? One ad was spotted by my friend Danny, himself a wordy person who has edited newspapers, authored books and shared “beaucoup” stories verbally to all who will listen.

He swears this is the exact wording of a homemade café sign he spotted: “Serving Haltom City since 1959, still using original grill. Same cook since 1963. Meat delivered fresh daily. Fresh vegetables chopped daily. The burger you get today will taste exactly like the burger you would have ate in 1959.”

Danny ignored the grammar, and said the burger was larrapin’.

Then there was the glitzy eatery on Main Street USA. Colorful letters running electronically across a screen at the entrance proclaimed, “Best Hamburgers in the World.”

Down the street, an older version in the hamburger business was not nearly as flashy, but had a neon sign reading, “Best Hamburgers in the United States.”

Still another was toward the end of the street, where the pavement was cracking and weeds were growing through sidewalk cracks. It needed a fresh coat of paint, had a hanging screen door, a narrow counter with sagging stools and a jukebox playing cowboy songs. The window sign–lettered in shoe polish on butcher paper–was affixed with Scotch tape: “Best Hamburgers on This Street.”

I close with this sign, “big-lettered” on the back of a truck hauling sewage disposal. It was spotted at a traffic light years ago.