Posted on September 21, 2019 by Loretta Fulton Leave a comment

Probably no governor in the history of the Lone Star State has faced double-barreled “standing in line” issues like the current Texas boss, Greg Abbott. Throngs coming from the south want in, and flustered Texans are standing in line for hours to obtain or renew driver’s licenses. Life must be more than tedious for the Gov. 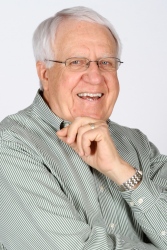 It makes me think of my dear old dad, whose dander was raised when federal troops were sent to stop a long ago influx of immigrants at the Rio Grande. At the time, his “goat was gotten” far worse by Yankees swarming across the Red River to the Lone Star State.

“As usual, the feds got things backwards in tackling immigration problems,” said my dad, who was a rebel to the bone. “They’re guarding the wrong river.”

Well, better minds than mine are flailing about unsuccessfully on the immigration subject. I’ll decline if ever asked to help. Politicians have to “fake it ‘til they make it.”

My stumbling would be even worse.

I can help them, however, concerning the long lines for driver’s licenses. Instead of showing up with documentation of their birth, prospective licensees may be better off to arrive with smiles and wrinkles deep enough to plant corn rows. Other indications that such applicants have survived the snows of many winters can’t hurt.

When one is older’n dirt, some records are hard to come by. Take 95-year-old Albert Bigler, an Ennis, Texas, resident whose driving these days has been limited mostly to a three-mile stretch between his home and his church.

Unable to get a driver’s license, he’s been “looking over his shoulder” on his drive to church, where he regularly mows the lawn.

Poor guy claims he was born at home in 1925, but he’s not sure whether it was in Fort Worth, or somewhere west of Cowtown. Authorities have tried to pinpoint his place of birth, but most log cabins have fallen into disrepair.

His plight was highlighted on social media, and some newspapers wrote about him.

State licensure honchos got “high behind” after Bigler had “struck out” looking for evidence of his birth at DPS centers, courthouses, his doctor’s office and even a trip to the Vital Statistics Office of Texas Health and Human Services in Austin. No “squeaking wheel” ever got a quicker oiling. Social Security paperwork–along with DPS assistance–led to hasty issuance of his driver’s license.

Never has identity been so important; probably that’s the reason so many of ‘em are being stolen.

And starting next year, when all states must comply with the REAL ID Act, authenticity of “who we are” will grow even tougher.

Better that Bigler’s license expired this year instead of next. While renewal may have seen improbable in 2019, it might have been virtually impossible in 2020.

I may face a challenge similar to his, thanks to a cashier recently who asked if I were a military veteran. If so, I would have qualified for a 10 percent discount. I answered, “No, my military service was limited to eight years in the Army National Guard.”

“I’m in the National Guard, and I qualify,” he bristled. “Find your papers and take advantage of discounts.”

I can’t find my separation papers that would prove that I was a member of the Army National Guard from 1954-1962. I do, however, have a newspaper photo showing me in combat gear, with a bayonet in my teeth. Reckon that will count?

A fellow about Bigler’s age was a menace to California freeways.

He never traveled great distances, either, and he always drove 30 MPH, his speed of choice most of his life. Trouble was, the minimum speed on the “take-life-in-your-hands” freeways was 50 MPH.

Highway patrol personnel–weary of pulling him over–urged him to drive faster. “If you don’t,” one trooper warned, “I’ll order you to take a class in offensive driving.”