Posted on December 7, 2018 by Loretta Fulton Leave a comment 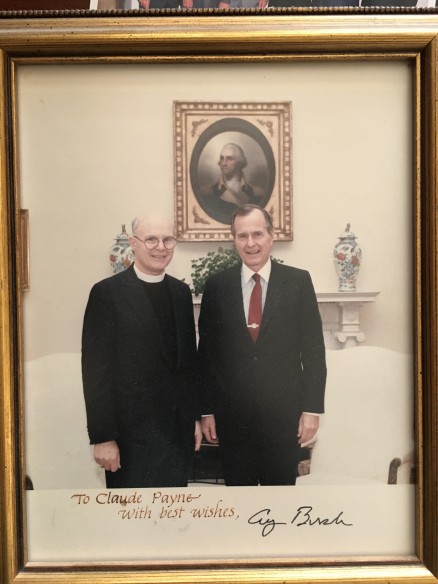 Pasted below is a link to an article by Loretta Fulton that was published in the Friday, Dec. 7, issue of the Abilene Reporter-News. The article, about the spirituality of President George H.W. Bush,  is based on an interview with the Rt. Rev. Claude Payne of Abilene, retired Bishop of the Episcopal Diocese of Texas. Payne also formerly was rector of St. Martin’s Episcopal Church in Houston, where the funeral was held Thursday for President Bush. Payne was rector of St. Martin’s from 1983 to 1993 when George H.W. Bush was vice president under Ronald Reagan and president.