SUPREME COURT: THE WAR WILL GO ON

Posted on October 7, 2018 by Loretta Fulton Leave a comment

The Saturday confirmation of Judge Brett Kavanaugh to the U.S. Supreme Court seems to put an end to one battle but really is just a step in a much larger war. I look at the emails that I have received recently from Democratic groups to see the pain of their losing this nomination. From Nancy Pelosi and the Democratic Congressional Campaign committee comes “I have never been angrier.” From former Texas Democratic gubernatorial candidate Wendy Davis, “I will #votemyrage.” 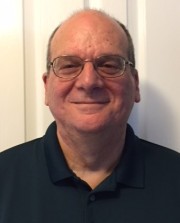 The GOP is no less incensed. From The Daily Signal comes their articles, “The Power of ‘I Stand with Brett'” and “Sen. Flake, I was Assaulted by a Stranger. Here’s Why I Want Kavanaugh Confirmed.” The Heritage Foundation reassures us that the “blatant attacks on Judge Kavanaugh’s character are divorced from reality…” And this is just a few of my emails. I am afraid to look at what is being said on Facebook and Twitter.

The political reality is that not much has changed since Kavanaugh was nominated in July. Most U.S. Senators were immediately in favor of his nomination or they weren’t. These 95 senators had made up their mind without the distraction of the hearings or background checks. Kavanaugh and the president who appointed him were known commodities so the choice to confirm or not was easy for them.

There were a handful of senators who were undecided and it was for these few that we have been put through this whole shameful nomination exercise. The outcome of this nomination battle was predictable. In July we knew that the GOP held the majority in the Senate and it was likely that Kavanaugh would be confirmed. In October, the GOP still holds a majority in the Senate and Kavanaugh was confirmed. The majority party has won this confirmation just as we thought it might during the summer.

While it remains to be seen what Kavanaugh will do on the Court, and whether his bruising nomination fight will have any effect on his decision making, there is a larger reality that we must confront.

This nomination fight, this willingness to go and dig up high school behavior as a way to sabotage nominations, shows the extent to which the fight over Roe v. Wade dominates our political life. The 1973 decision that established a constitutional right to an abortion, and all that entails in terms of privacy and women’s control over their own bodies, is the reason why there was a nasty three-month confirmation battle. It is the reason why women were willing to tell about their abuse at the hands of men, publicly sharing stories of rape, humiliation, terror, and shame.

It is the reason why the nominee was willing to endure weeks of personal revelation about his high school and college life, discussing details that he hoped would never become public. And it is the reason that the president would go on stage at a campaign rally and use Dr. Ford’s description of her experience against her. This is all part of a larger war.

This nomination settles little. Now the effort on the right will be to get an abortion case that challenges Roe to the Supreme Court. Then the effort will be to see if there will be a majority of justices willing to overturn Roe or another abortion case like Casey v. Planned Parenthood.  The left will fight the right every step of the way. If another justice decided to retire before such a case can be brought, then this nomination battle will be replayed with a new nominee but same ugliness.

Until we as a nation come to a consensus on abortion and all that it involves including things like male power, women’s privacy, contraception, the unborn, and harassment, the fights will continue. The pro-choice side will be demanding equal rights for women. The pro-life side will be insisting on rights for the unborn. The stakes are high for both sides. Overturning Roe v. Wade will not end the war but simply send the fight to other venues like the various states. Keeping Roe V. Wade means that the war will continue at the Supreme Court.

Roe v. Wade in effect is our hex, infecting our political life and making it acceptable to engage in all matter of personal destruction to achieve a political goal. This war has been heating up for 45 years. It is showing no signs of diminishing and there appears to be little possibility of compromise.