LIFE IN THE SLOW LANE

Posted on April 4, 2020 by Loretta Fulton Leave a comment

Lanes don’t get slower than those to which we’ve all been assigned. 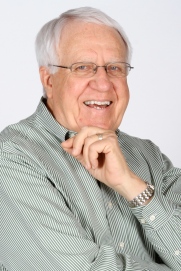 Thoroughly “slowed down,” I am reminded of the old duffer stopped numerous times on the freeway who refused to accelerate to minimum speed. Finally, the officer said, “If you don’t start moving faster, I’m going to strongly suggest that you sign up immediately for offensive driving.”

Like most everyone else, we are “sheltered in,” digesting material from both mass and social media. Generally, there’s an abundance of “warm fuzzies” when they are most needed.

Contributors seem intent on providing stories/cartoons/suggestions to provide smiles when things could easily go south. Many of them are exceedingly creative. In one cartoon, a lady—staring blankly at her weekly calendar of equal blankness–notes that trash day pick-up is on the morrow. She ponders what she should wear as she dragged bags to the curb.

One guy says he passes time counting shingles on his roof. Questioned about the dangers of moving about on his roof, he answered, “I lie on a sleeping bag in my attic and count them looking up.” (Really, he counts the protruding nails, then divides the total by five. That’s the number of nails that roofer friend Brent Prunty claims to be required to secure each shingle. (Wading into mathematical “deep water” threatens, so I’ll leave it at that.)

The “nail-counter” says the attic is serenely quiet (if he remembers to disengage the thermostat), and there, he can “whistle in peace.” Frequently, the long-time “shower whistler” cuts loose with an old favorite, “Counting Flowers on the Wall.”  My friend whistles loudest on the parts where he’s “playing Solitaire ‘til one with a deck of 51” and “Don’t tell me I’ve nothing to do.” He thinks June through August in the attic might be tough, but right now, he avoids the “noises below,” too many of which is the well-worn TV ad for “My Pillow, Dot Com.” He’ll “talk your arm off” about that ad, and he thinks the Egyptian cotton the TV guy brags about “ain’t a whit better than the white stuff we grow in America.”

At our house, I’m quick to head to the store when the shopping list includes at least two items. Formerly, trips were less frequent, with lists that often spilled over to the back side, or when all “recipe substitutes” have been exhausted.

One trip to Sam’s is most memorable. Our “rescue” dachshund Sailor and I exhaled. We were “on the road again,” despite the trip being just two miles and change. 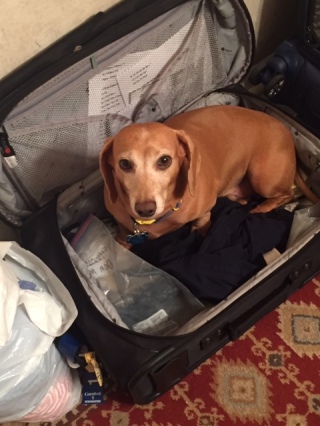 We were in our “newer” car, the one wife Brenda is willing to be seen in. (You’ll understand soon why we’re sad about not “tripping” in what could have been our “fishing car” if we fished, but we don’t.)

My brief list was completed, except for Charmin. (Mr. Whipple stood tearfully–near empty shelves–wishing for some Charmin to squeeze.)

Again, timing was everything. If we’d left seconds earlier, we would have made it home in a happy state. But no. A bedraggled old duffer (even “duffier” than I am) had shuffled up to the driver window, unobserved by both Sailor and me. He pounded on the driver window, an act our pet considers the “unpardonable sin.”

I’m not “trying to sell you anything,” he yelled. “I just want to make your driving more pleasant.”

Sailor wasn’t buying it, not for a nanosecond. “Window-pounding”–inches from his master’s head–is not acceptable.

So, he did what he’s done twice before. He couldn’t penetrate the window, so he took bites out of the upholstery below it. I lowered the window slightly, pointing to the gashes. “Pretty feisty dog,” the old fellow said. Yep, and such “feistiness” thrice done would have been more acceptable if confined to our OTHER car. Twice now, Sailor has attacked our newer one. We’d put him in the dog house, if he had one.