The organizer of the annual Martin Luther King Jr. Day march wore a white T shirt with an image of the slain Civil Rights leader and one of his memorable comments.

The shirt reminded everyone that King not only was the face of the Civil Rights movement in the 1950s and ’60s, he also was a pastor.

Anthony Williams, Abilene’s first African American mayor, repeated the words as one of the speakers for the event, which was held Monday, Jan. 20.

“As your neighbor today,” Williams said, “I stand with you as many stand in this nation to try to live in a way where the dream of Dr. King can be realized.”

The annual march orginally was organized by the late Claudie Royals. His son, Michael, who wore the King T shirt, now leads it. On Monday, Royals gave a shout-out to the  Hardin-Simmons University men’s basketball team and head coach Matt Brackett for always showing up.

Members of the team carried the banner and led the way as several hundred marchers crossed over the Martin Luther King Jr. Bridge on East Highway 80. When Royals suggested to HSU President Eric Bruntmyer that Brackett get a raise, Bruntmyer pulled out his wallet, opened it, and showed that no money was in it.

To be fair, Abilene Christian University and McMurry University jerseys and sweatshirts also were plentiful in the crowd, many indicating the wearer was a member of a sports team.

Williams praised the Royals family for continuing the annual march started by their father. Claudie Royals Day is observed in Abilene each year, this year falling on Feb. 15. 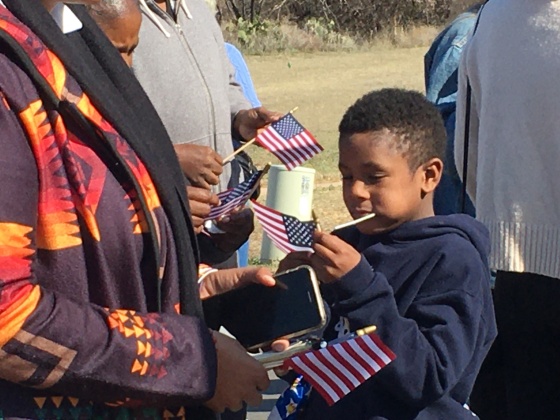 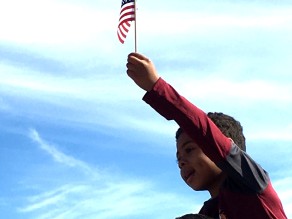 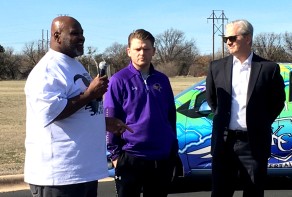 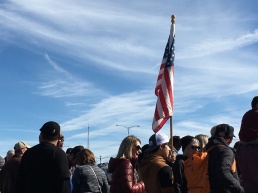