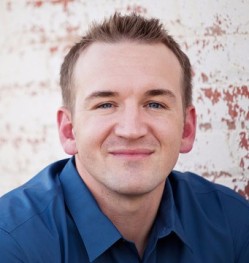 His last Sunday at Highland will be June 24. In eight years, Jonathan has become a favorite to people of all denominations, sharing his knowledge and love of life with all he encounters. Students love him, older members of the congregation love him. In fact, it would be hard to find anyone who doesn’t like Jonathan.

One of Jonathan’s many good friends in Abilene is Jeff Childers, a professor in ACU’s Graduate School of Theology and director of the Center for the Study of Ancient Religious Texts. He praised Jonathan as being an outstanding preacher and pastor for the he church.

“He brings enormous energy and relentless optimism to his ministry,” Childers said. “His humility makes him remarkably responsive to the needs, concerns, and even criticisms of his congregation.”

Jonathan welcomes opportunities to grow, Childers said, and has “a knack for bringing people of different backgrounds and viewpoints together for the sake of uniting in kingdom work.”

Another friend is Cliff Stewart, pastor of First Central Presbyterian Church. Stewart is a “few years” older than Jonathan, who is the father of five young children. Stewart loves teasing Jonathan about not wearing a tie. That’s holds true for when it’s Jonathan’s turn to preach at the annual Holy Week Luncheon Series. Each day, a minister at one of the sponsoring churches preaches at another’s church. For most of the “older” ministers, it’s like Sunday morning, with a suit and tie being the uniform of the day. But not to Jonathan, a point that Stewart can’t help but point out. He got in one last dig before Jonathan departs.

“If he only would wear a suit and tie to work every day,” Stewart said, “he would be an outstanding somber Presbyterian!!”

The Church of Christ isn’t likely to lose Storment, but that doesn’t matter because Storment is everybody’s pastor.