The book of Joshua begins with a somber reminder that Israel’s beloved leader, Moses, was dead. But hopefully so was the rebellious, faithless way of living displayed by previous generations of the children of Israel. Because of their unbelief (Num. 14:2-4), they had wandered 40 years in the wilderness, waiting for the fulfillment of God’s judgment against them: “your dead bodies shall fall in this wilderness…not one shall come into the land” (Num.14:28-30). But it was a new day, and their new leader – Joshua, one of the two exceptions to God’s reckoning – was preparing to lead them at last into the Promised Land. 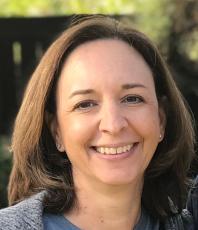 Joshua 2 opens with two men being sent as spies to Jericho, a idolatrous and inimitable fortress in the Jordan Valley, with the Lord’s admonition to “be strong and courageous” still ringing in their ears (Joshua 1:9). In theory, they were rested and ready; in reality, they would find themselves almost immediately in need.

Enter Rahab, a Canaanite prostitute who ran an inn in Jericho (v. 1). Scripture makes it clear that Rahab’s lifestyle was sinful. She made her living by selling her body to strangers travelling in and out of the pagan city. The spies landed in her establishment, scholars say, probably due to ease of accessibility and to avoid detection. But we can also surmise that it was the hand of Providence that led them to this woman, on whom the Light of life and hope had just begun to shine.

Rahab’s own words tell us her relationship with the God of Israel was by reputation only. Yet by hiding the spies and misdirecting their pursuers, she willingly put herself at risk to serve the plan of a God she hardly knew. Her articulation of His character and ways was a confession of her fledgling faith. And it revealed that her fear went beyond what the betrayal of her city might cost her; she stood in reverent awe of the One who could conquer kings and split the seas.

“…I know that the Lord has given you the land, and that the fear of you has fallen upon us, and that all the inhabitants of the land melt away before you. For we have heard how the Lord dried up the water of the Red Sea before you when you came out of Egypt, and what you did to the two kings of the Amorites who were beyond the Jordan, to Sihon and Og, whom you devoted to destruction. And as soon as we heard it, our hearts melted, and there was no spirit left in any man because of you, for the Lord your God, he is God in the heavens above and on the earth beneath.” Joshua 2:9-11

God’s people had actually experienced His presence and seen His power at work, yet Scripture records their default was to distrust their Deliverer. Rahab’s faith was based strictly on stories. Travellers stopping over had likely told many times of the wondrous works of God, and she had listened and believed.

It seems Rahab had more faith in Yahweh than a million Israelites combined. This was the mustard-seed variety, the kind of faith that moves mountains (Matt. 17:20), receives answers to prayer (Matt. 21:22), walks courageously in darkness (2 Cor. 5:7), shields from the devil (Eph. 6:16), pleases God (Heb. 11:6) and moves Him to action (Ps. 37:5-6). But before it can do its work, faith has to be given (Eph. 2:8-9). And this pagan prostitute was apparently an eager recipient of God’s most gracious and merciful gift.

Rahab’s faith also moved her to request salvation from the Israelite spies. When you return to take what is yours by God, she asked, save my family and me from destruction (v. 12). The spies agreed, and as a sign and guarantee, had her tie a scarlet cord in her window, an echo of the lamb’s blood over the doorposts in Egypt (Exodus 12:13).

When the time came, Joshua himself sent the two spies right back where they came from, this time to save the woman who protected them from harm. Joshua 6:23-25 says they “brought out Rahab and her father and mother and brothers and all who belonged to her … and she has lived in Israel to this day, because she hid the messengers whom Joshua sent to spy out Jericho.”

This must surely have strengthened and established Rahab’s budding faith, and perhaps opened the eyes of her relatives as well. The full-circle of salvation communicates that God keeps His promises, and there is no sin great enough to exceed His unlimited grace.

One more glimpse of His glory in Rahab’s life is seen thousands of year after the fall of Jericho, through the inspired pen of Matthew recording for his Jewish readers the legitimacy of their King, Jesus.

In God’s sovereignty, Rahab’s association with Israel went far beyond mutual admiration. Rahab eventually married Salmon, an Israelite from the tribe of Judah, and was grafted into the family of God, becoming the first recorded Gentile convert. Their union begat Boaz, the kinsman-redeemer who married Ruth – by sovereign grace, all a part of the lineage of Christ.

The Psalms describe the outcome for the one, like Rahab, who rightly fears the Lord. In the spiritual realm, fear and faith are deeply intertwined, and the life of Rahab is a beautiful picture of this truth.

Former Abilenian Leslie Strader is a freelance writer in Tyler.