Posted on January 16, 2023 by Loretta Fulton Leave a comment 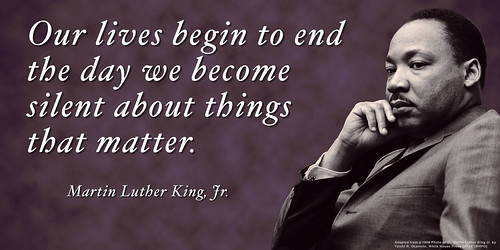 Dr. Martin Luther King Jr.’s “I Have a Dream” speech blasted through the parking lot of the Woodson Center for Excellence Monday afternoon, setting the tone for the ceremony and march that lay ahead in honor of the slain Civil Rights leader.

Anthony Williams, Abilene’s first Black mayor, reminded the crowd that the annual march across Martin Luther King Jr. Bridge was started in 1988 by the late Claudie Royals. It has been carried on by the Royals family since then, including his son, Michael T. Royals, who was present.

“Their family long ago saw a need for us to sound a trumpet,” Williams said.

Williams recalled a speech that King, pastor of Ebenezer Baptist Church in Atlanta, Georgia, gave in 1965 after receiving the Nobel Peace Prize. Part of it was based on Deuteronomy Chapter 1, verse 6, in which God speaks to the Israelites at Horeb.

“You have stood on this mountain long enough,” Williams quoted from King’s speech.

In the photo at left, students from Hardin-Simmons and Abilene Christian universities were among participants in Monday’s march across the MLK Jr. Bridge. In the center photo, Michael Royals prepares to address the crowd, pictured in the photo at right. Photos by Loretta Fulton

King chose to talk about the second group, Williams said. They lacked the courage to make a move. Williams challenged the crowd to leave the mountain, go into the valley and be used by God to make a difference.

“Your presence here today sends a message that you care,” Williams said.

Loretta Fulton is editor of Spirit of Abilene