Posted on December 28, 2020 by Loretta Fulton Leave a comment 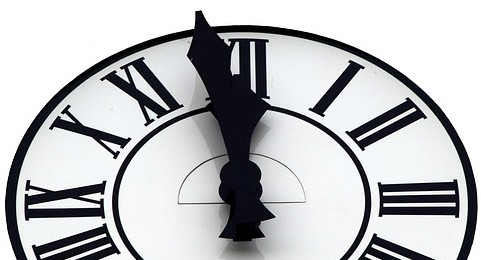 The traditional Watch Night service, which dates to the days of slavery, will not be held in Abilene this year, another victim of the COVID-19 pandemic that continues to disrupt lives.

The annual service, held on Dec. 31 each year, is hosted by Macedonia Baptist Church and sponsored by Greater Abilene Ministers Alliance. The service, originally called “Freedom’s Eve,” commemorates the anticipation of the freeing of slaves on Jan. 1, 1863. The service normally begins with fellowship and refreshments at 9 p.m. on New Year’s Eve. Worship follows from 10 p.m. to midnight, with music, scripture reading, testimonials, prayers, and a sermon.

The Rev. Matthew M. Lubin, Sr. said GAMA leadership decided to cancel the service due to the logistics of seating everyone who would want to attend, while observing social distancing. Normally, the service attracts about 200 people from the various predominantly black churches in Abilene. Admission would have to have been limited to a certain number of people from each church. Families can observe Watch Night in their homes, Lubin said, but that experience wouldn’t be as meaningful as the larger gathering.

As meaningful as the worship is, the fellowship and refreshments before the service begins will be missed, too. Normally that part of Watch Night begins at 9 p.m. and ends at 9:45, fifteen minutes before worship begins. Fellowship in general has been a victim of COVID in 2020, with protocols limiting the size of gatherings.

“That has been tremendously missed throughout this whole year,” Lubin said.

Even though a formal gathering will not be held Thursday night, the significance of the service will not go unnoticed. The first Watch Night service was held Dec. 31, 1862. Following is an explanation of the history and significance of Watch Night from African American Registry:
https://aaregistry.org/story/the-first-black-watch-night-service-occurs-in-america/

“On this date in 1862 the first Watch Night services were celebrated in black communities in America. The Watch Night service can be traced back to gatherings also known as “Freedom’s Eve.” On that night, black
slaves and free blacks came together in churches and private homes all across the nation awaiting news that the Emancipation Proclamation actually had become law. Lincoln had used the occasion of the Union victory at Antietam to issue a preliminary Emancipation Proclamation, which freed all slaves in the rebellious states after January 1, 1863.
He justified his decision as a wartime measure, and did not go so far as to free the slaves in the border states loyal to the Union. At the stroke of midnight, all slaves in the Confederate states were declared legally free. When the news was received, there were prayers, shouts and songs of joy as many people fell to their knees and thanked God. Still, the Emancipation Proclamation deprived the Confederacy of the bulk of its labor forces and put international public opinion strongly on the Union side. Some 186,000 black soldiers would join the Union Army by the time the war ended in 1865, and 38,000 lost their lives.”