In a perfect world, kids would be gearing up for Vacation Bible School right now.

As COVID-19 has reminded us, this isn’t a perfect world. Instead of making sure there’s enough cookies and juice for snack time, children’s ministers are making sure they know how to log in to the Zoom app.

Thanks to the coronavirus pandemic, most churches have not met in person since March. Most still aren’t meeting, although a few are beginning to phase in live worship. Rather than cancel the summertime favorite, most larger churches with the technological equipment and skills are hosting virtual VBS this summer.

“We are taking everything one prayer step at a time,” said Cristi Stanton, children’s minister at Pioneer Drive Baptist Church.

Stanton said in an email that she hopes to use the theme and curriculum selected for VBS in an “out of the box way” but is waiting on directions from a higher authority.

“We are waiting on the Lord for that!,” she wrote.

Pioneer Drive is phasing in live worship beginning June 7, but has canceled Sunday School and ministry events through June. 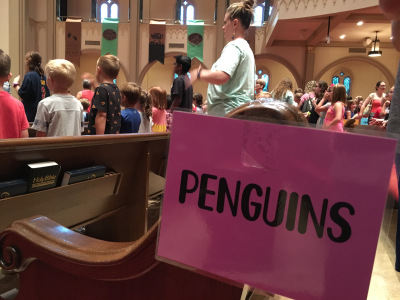 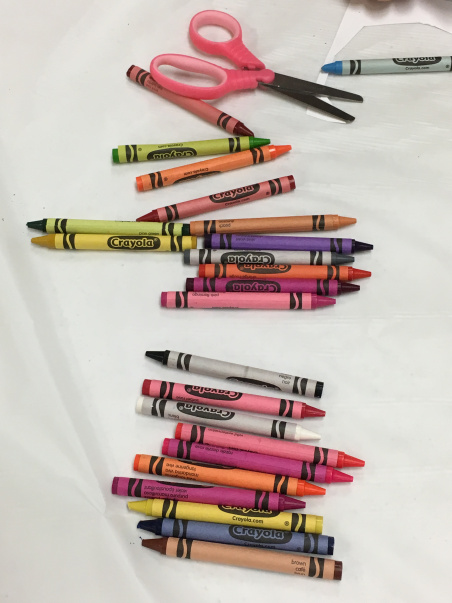 Photos from the 2019 Vacation Bible School at First Baptist Church. VBS is going virtual this year, as is virtually everything else. In photo at top, volunteers register children for VBS at First Baptist. Photos by Loretta Fulton

VBS isn’t the only COVID-19 casualty this summer. The annual meeting of the Original West Texas Baptist District Association and the Congress of Christian Education, two organizations made up of predominantly black congregations, has been canceled this year, said Andrew Penns, pastor of Abilene’s Valley View Missionary Baptist Church.

The cancelation was especially disappointing to Penns, who is the incoming moderator for the association. The association is in its 117th year. The congress, which operates under the umbrella of the association, is 106 years old.

Kids at First Central Presbyterian Church will be able to tune in to Facebook, YouTube, or the church’s website beginning May 30 for virtual VBS activities. On that day, the church will release a series of videos that can be viewed over several days or all in one setting. Theme for VBS is “Rocky Railway: Jesus’  Power Pulls Us Through!”

Church members prepared packs for parents to pick up to use alongside the videos. The packs contained crafts, snacks and games tied to the theme. Grace Sosa, coordinator of children’s ministry at First Central, said in an email that Group Publishing, which issued the “Rocky Railway” theme, provided online resources.

“They recorded the craft segments and released the rights to most of the songs and skits,” Sosa wrote in an email, “so we could just put those in the videos.”

VBS  plans are on hold at Southern Hills Church of Christ. For the past several years, the church has staged a musical Vacation Bible School in July. The musical, based on a different theme each year, is performed in three parts over three nights. For now, plans for a July musical are on hold, pending further developments, Jarrod Robinson, minister of the Word, said in an email.

Onsite VBS has been canceled at First Baptist Church, which normally is among the first churches in town to host a session. Becky Tucker, pastor for children & women’s ministry, said in an email that the church will host some type of VBS later in the summer but no dates have been set.

“We will have a skit and craft during the virtual VBS,” Tucker said in an email, “but other than that we do not have specific information as to what we will be doing.”

Summer church camps also are in peril. Camp Butman in western Taylor County hosts groups from all over the Northwest Texas Annual Conference of the United Methodist Church. No June camps will be held this year, but camps are scheduled beginning in July, according to the camp website, http://www.butmancamp.org/covid-faq/

All summer sessions have been canceled at Buffalo Gap Presbyterian Encampment, which serves churches in the Palo Duro Presbytery. However, online camps will be offered, beginning June 14. Campers will get a “camp in the box” mailed to them with a $45 registration fee. And they will have access to online live Bible studies, live small group games and conversations, craft tutorials, and worship services. For more information, go to https://www.buffalogapcamp.org/summer-camps

The encampment has chosen an appropriately named theme for the 2020 session, “Sanctuary: what does the church look like when we can’t meet in person?”

Loretta Fulton is founder and editor of spiritofabilene.com