CHURCHES CAN REVERSE ‘GRAYER AND SMALLER’ TREND WITH NEW FOCUS

Posted on February 21, 2020 by Loretta Fulton Leave a comment

In the last six months, Dr. Carson Reed has visited ten different churches, not looking for a church home but looking to help leaders of the churches that others call home.

Reed is vice president for church relations at Abilene Christian University and executive director of the Siburt Institute for Church Ministry housed at ACU. Through the Siburt Institute, Reed does consulting work with congregations and church leaders across the country. 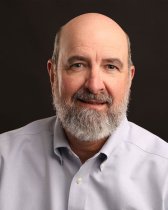 In other words, he comes face to face with the findings of a study by the Barna Group titled, “State of the Church 2020.” To read more about the study, go to www.barna.com

Two of the major concerns listed by pastors surveyed were “reaching a younger audience” (51 percent) and “declining or inconsistent outreach and evangelism” (50 percent). Reed puts the findings in terms that get right to the point.

“Churches are growing grayer and smaller,” he said.

Of the ten churches Reed visited in six months, nine were in some stage of decline. It doesn’t take  a church statistician to realize that’s not good news. The question is, where are the young people and how does the church reach them? And that leads to the second of the top two findings of the Barna study, the one about declining outreach.

“We’re not doing a whole lot that is outreach-oriented,” Reed said.

One problem is that as people age, they grow more inward-focused and more insulated from the larger community–just the opposite of outreach. The one church Reed visited that is on the upswing is located in a growing suburb of a large city. The suburb is made up of young people, and the church is being intentional in its outreach to them.

“Between their intentionality and their location, they are thriving,” Reed said.

The other nine churches on Reed’s list are located in major metropolitan areas and Reed is assisting them with becoming more intentional in their outreach to the neighborhood around them. Each church is different and Reed understands that a “one size fits all” approach won’t work. He assists individual congregations with developing a process for renewal.

Every national religion survey done in recent decades has shown a rise in the “nones,” or people who don’t identify with any denomination or religion. For the first time in history, Reed noted, some people are living with no concept of God. Now, he said, it is normal for some to say, “We don’t need God to figure out stuff.” A thousand years ago, people went to their priest when they were sick. Now, they go to a doctor. Likewise, “nones” don’t see how God or the church fits into any aspect of their lives. However, there is still good news, even among the “nones.”

There is a longing for “other” and that can be a point of contact with people outside the church. A challenge going forward will be finding points of connection in the journey toward the transcendent.

The larger community isn’t the only place where sweeping changes are occurring in religious practices. That is happening on Christian college campuses, too, Reed noted. Relationships matter more to students today than “church” as it traditionally was defined. College students today are more mission-oriented and involved in social activism. They want to make a difference in people’s lives, Reed said,  “in the name of Jesus Christ.”

In the future, Reed predicts, churches that experience growth will be the ones that focus less on denominational identification and more on relationships. They will partner with other churches and nonprofits to serve the whole person. They will be less concerned about buildings and more interested in outreach.

One trap that churches need to avoid, Reed said, is getting caught up in an emphasis on individual salvation versus helping people live better lives.

“Thriving churches,” Reed said, “refuse to get sucked into that false dichotomy.”