Ray Hildebrand, who wrote and sang “Hey, Paula” with college classmate Jill Jackson in 1963, admits to being “older than dirt,” but quickly adds that he’s still “kicking up dust,” despite entering his 80th year a few weeks hence.

In fact, he’s “on track” to exceed the longevity of another “Ray”– this one named “Price”–who died at age 87 a half-dozen years ago after 65 years in music.

Though the two “Rays” never met, Price sang Hildebrand’s, “Say I Do” on his 51st and final album, thus rejuvenating a song that was released around 1970. 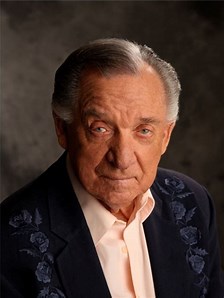 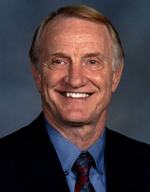 Hildebrand forfeited ongoing national fame when he walked away from popular music venues within months of “Hey, Paula” release. He chose to focus on writing and singing contemporary gospel songs.

He has written some 500 songs–more than 300 published–and has chosen to appear in churches, schools, jails, care centers and Fellowship of Christian Athletes’ conferences throughout the country.

When he’s back in Texas Nov. 1-11 for several gigs, Ray is billed as the “new and improved Hildebrand.” We’re not talking his music, but rather his body. Since age 75, he’s acquired a pacemaker, one new hip, a new knee, and all new teeth.

Several years ago, Hildebrand met Price’s stepmother in a most unusual way.

For 67 years, Hildebrand’s late father-in-law was a Baptist pastor, much of that time at FBC Smithville, near Tyler. For many years, Ray and his late wife Judy and their two children traveled from Kansas City to Smithville twice annually to visit her parents. Ray continued to do so after Judy’s death two decades ago.

During almost every visit, Ray sang a “special” at church.

On his final visit to Smithville, he arrived barely in time for church, harried from the long ride from Kansas. He thought maybe “just this once” he wouldn’t be called on for the “special.” But, the song leader spotted him, inviting him “front and center” for a song.

After the service, a spindly older lady made a “beeline” to him. “Of all my son’s songs, ‘Say I Do’ is my favorite,” she said. “You did such a good job with it.” Who would have guessed  Price’s mom since he was age 3 would be a member of the tiny church?

“I’m glad you liked it,” Ray said. He pressed her hand and hugged her warmly, determined NOT to “set her straight” on who wrote the song.

Heaven knows Price wrote and sang hundreds of songs, and his Cherokee Cowboys’ band of the ’50s and ’60s included the likes of Willie Nelson, Johnny Paycheck, and Roger Miller.

“God gave me the words for ‘Say I Do’,” Ray maintains. One stanza goes like this: “And they say you’ll never know, ‘Till you walk up to that Man, And you look into those eyes of love, And you touch his nail-scarred hands, And then if you can walk away, Knowing all He died to do, That’s when I’ll just have to say, ‘I guess He didn’t die for you.’”

Christian music lovers can find all the verses on “YouTube,” along with numerous other Hildebrand songs, including another favorite, “Mr. Balloon Man.”

His talent and Christian witness are long established. For example, he was guest soloist at five Billy Graham Crusades.

He’s sure to sing “Say I Do” at all engagements.

After all, it was Mrs. Price’s favorite of all her son’s songs.