Posted on August 25, 2019 by Loretta Fulton Leave a comment

Austin Channing Brown, author of “I’m Still Here: Black Dignity in a World Made for Whiteness,” will give a public talk at 7 p.m. Sept. 9 at Abilene Christian University.

Browning will speak on “Speaking Truth to Power.” The program, which is free to the public, will be in Cullen Auditorium. Brown will walk through some of the more important parts of the book. 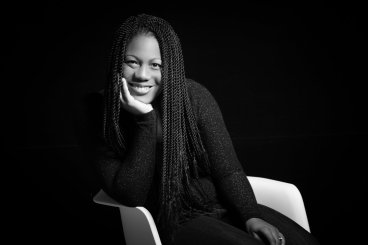 Brown is a leading voice on racial justice, a writer and speaker. She helps schools, nonprofits, and religious organization practice genuine inclusion.

According to her biography, Brown also is co-creator and executive producer of “The Next Question,” an online video series that imagines how expansive racial justice can be. The video series, which debuts Oct. 6,  includes co-hosts Jenny Booth Potter and ChiChi Okwu. Together, the three women engage in conversation with the thought leaders of our time to move beyond basic questions about race into the next question in the pursuit of becoming antiracists.

The series will be streamed in six episodes over six weeks. Each episode will explore a facet of racial justice according to guests’ expertise, among them education, criminal justice, health, literature, journalism, politics, and history. For more information, go to http://www.austinchanningbrown.com

Brown attended North Park University in Chicago where she earned a degree in business management. She also has a master’s degree in social justice from Marygrove College in Detroit. Brown lives in Detroit with her husband and son.