WINDS OF REFORMATION ARE STIRRING

Posted on July 21, 2018 by Loretta Fulton Leave a comment 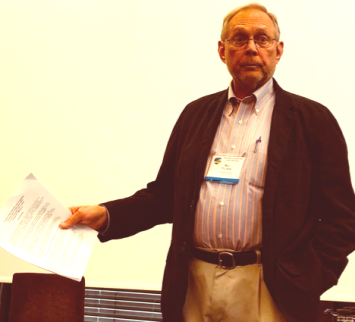 Some of the truth of that comment is that Baptists began historically as a part of the Separtist movement in England. What ate at the craw of people like Thomas Helwys and John Smyth was that they did not like being told how to worship by the Church of England. Helwys and Smyth contended that each congregation should be able to make its own decisions about basic organization, who they hired as preacher, and how they could or could not relate to government. As well, they considered the personhood of each individual of such worth that they maintained that each Christian could act in priestly/pastoral ways toward others, interpret scripture according to their own conscience, and be in a church of choice by their own volition with other likeminded persons.

You see, that kind of organizational dynamics looks disorganized to those whose faith traditions have more formal boundary lines, maybe even specific guidelines, toward who can act as a priest or pastor. Polity (church organization) got some major investigation from Ernst Troeltsch in The Social Teaching of the Christian Churches, 1912. One of Troeltsch’s main points was that of dividing Christianity’s expressions into “church” and “sect.” “Church” identified those organizations with institutional standing and an increasingly top-down form of government, and with intentions to establish some kind of dominance in society. Creedal boundary lines are prominent in “Church.” “Sects” don’t seek dominance in society nor expect members to observe creedal statements, rather observe and agree over “confessions.”

Baptists began in the “sect” category. Over those 400-plus years since their beginnings, though, Baptists have evolved into Troeltsch’s “church” category. Whether church or sect, religious organizations we know in the twenty-first century began to form during the Protestant Reformation. H. Richard Niebuhr identified these formations in his book Social Sources of Denominationalism as having cultural energizers at their core. We can identify those energizers as issues of money, sex, and power.

Money, sex, and power, ironically, form the constellation of matters that make up what church observers call the conspiracies of silence. Few conversations about these matters come from pulpits, happen in Sunday School groups or any business sessions of the respective congregations. Rather than influencing the surrounding cultural context with a theological and ethical framework, the congregations and denominations are affected more substantially by the cultural context, fairly rapidly reflecting the cultural values implicit and explicit in money, sex, and power.

Contemporary Baptists in the United States, and especially the South and Southwest, are
experiencing the demise of denominational frameworks. And, the money, sex, and power
dynamics are playing no small part in the demise. Two groups, once one group, of Baptists met, several blocks apart (!) in Dallas in June—the Southern Baptist Convention and the Cooperative Baptist Fellowship. Both meetings happened with angst among their gatherers.

The “MeToo” and “ChurchToo” movements have caught up with the Southern Baptist Convention. These movements are challenging the cultural codes of the Old Confederacy (the culture from which the SBC sprung) with regard to race, gender, and authority—another way of naming money, sex, and power. Especially sexual harassment, though, was in the atmosphere at the SBC meeting. Would a seminary president terminated over poor pastoral advice, as well as failure to appropriately report harassment and violence committed under his administrative watch be allowed to be on the platform to deliver the annual convention sermon? He was not allowed.

The Cooperative Baptist Fellowship met with the intent of receiving a report, the Illumination Project, which was purportedly designed to give hiring guidelines for the CBF administration. In the process, the report demonstrated the lack of receptivity to hiring, in some positions, anyone who openly professed being LGBTQ+. Little rancor ensued, but some congregations have withdrawn or are redesignating monetary support to the CBF. Others had no representatives at the meeting. Again, money, sex, and power drove conversations.

A relationship with the Baptist World Alliance over the last eighteen years has provided a refreshing context for me and my wife, Leta. The BWA was founded in London in 1905. Now it is a global organization with more than 225 member Baptist bodies on five continents organized into six regional fellowships. The most recent General Council (annual gathering) meeting in Zurich, Switzerland, July 2-6, had 320 participants, with 51 member bodies and 46 countries represented. Those who attended were those who are member body leaders, seminary presidents, delegates/representatives of their respective member bodies. Sixteen commissions met with 60 presentations made; worship services reflecting languages and personalities from around the world were inspirational and formative.

The BWA demonstrates Baptist polity at its best—local congregations are ultimately the driving organizational energy; an egalitarian perspective is held with regard to money, sex, and power matters. Social issues like sex trafficking, colonialism, education, and a myriad of justice issues are not only discussed but ways to address these matters are initiated. Resolutions on religious liberty, violence against women and girls, and immigration were passed. (1) A most interesting unity in the midst of obvious ethnic, language, and cultural diversity was exhibited.

The winds of reformation have been stirring again in Christianity for a few decades, and some Baptists have felt those winds. Those persons, and congregations, are recognizing the need to break through these conspiracies of silence, to express a practical theology that finds ways to be relevant, as well as be prophetic, to cultural context, to acknowledge the necessity of understanding systems—whether they are families or groups of groups, and to exercise the abilities required not to be myopic with regard to individuals, congregations, patterns of networking. These are the gifts and callings of the early Baptists to the first Reformation. In spite of rancor, angst, and adversarial conflict, these gifts and callings are emerging again.

Bill Tillman previously held the T.B. Maston Chair of Christian Ethics at Hardin-Simmons University’s Logsdon Seminary. He recently gave a report at the Zurich meeting of the Baptist World Alliance.