(Editor’s Note: Following are statements from religion leaders about the deadly shooting at Tree of Life Synagogue in Pittsburgh on Oct. 27. Rob Sellers, retired religion professor at Hardin-Simmons University, is chairman of the board of the Parliament of the World’s Religions. Cliff Stewart, pastor of First Central Presbyterian Church, is president of the Abilene Association of Congregations.) 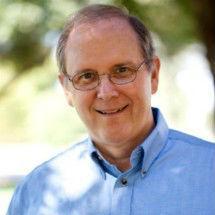 Today we learned of a massacre at the Tree of Life Synagogue in the Squirrel Hill neighborhood of Pittsburgh, Pennsylvania in the United States. As we write this, the tragedy claimed the life of eleven people at the synagogue, and included bodily injury to many others as well as to first responders at the scene. This crime delivers a message of hate that is aimed at a whole people, their culture, and their freedom to assemble without fear of harm to practice their beliefs in the sanctity of their own house of worship. It is incontrovertible that the perpetration aimed to seek out these people, entrap them in their sacred space, kill and maim them, and to rupture their sense of safety in the world.

The Jewish people, alongside other peoples who faced genocide, know deeply the experience of historical rupture; today is one of those days when the memory of hate is too present once more.

As Executive Director, the Chair and Chair-Elect of the Board of Trustees of the Parliament of the World’s Religions, we want these friends in Squirrel Hill to know, as we also do for all communities who are targets of hate, that we stand with you. We stand with your families and your communities. We also want you to know, that we believe aberrant hearts and minds are no match for our fullest humanity, expressed in the global impulses of religion to lead lives that are holy, resilient, loving and kind.

In that spirit, we are one with you. You are never alone.

A Prayer From Cliff Stewart, pastor of First Central Presbyterian Church and president of the Abilene Association of Congregations

Dear God, we open up our hearts this morning in anger, sorrow and hope. We pray that those who have been spared as well as those whose lives are changed forever may find comfort and strength in the days of recovery and reflection that come. We give thanks for strangers who comfort the wounded. We give thanks for first responders who run toward the sound of gunfire. Once again, Holy One, we cry out to you. We seek forgiveness for the ways in which we have tolerated hatred and prejudice. Even in the storm open our eyes, our hearts, our hands to the movement of your Spirit, who flows in us like the river whose streams make glad the city of God, and the hearts of all who dwell in it, and in you. In the name of Christ whose light cannot be hidden by darkness….we pray.