ROBOTS ON THE LOOSE

Posted on March 16, 2019 by Loretta Fulton Leave a comment

If a union organizer at a convention of robots urges “them” to unite, the rep might learn that “they” already have. Or, so it could appear.

So far, robots generally have made us smile, releasing us from performing mundane chores. Now, however, they’re being utilized to “do the dirty work.” 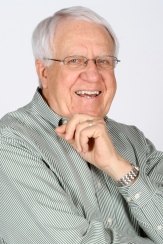 I shall opt out of investigating their new “jobs” too deeply. To do so could invite serious “heebie-jeebies.”…

On opposite coasts, news stories about robots made us sit straight up in our chair, and back-of-neck hairs to bristle.

From the east comes news that robots will be used experimentally this season in the independent Atlantic baseball league. Robots will call balls and strikes.

Out west in San Francisco, a physician sent a robot to deliver news of an impending death to a 78-year-old man. He had arrived at the hospital hours earlier, unable to breathe. A robot was rolled into his intensive care unit that night so the doctor could inform the patient by video call that he probably would die within days. For what it’s worth, the patient was dead two days later….

The patient’s daughter commented, “If you’re coming to tell us there’s no lung left and we want to put you on a morphine drip until you die, it should be done by a human being, not a machine.”

I couldn’t agree more. Humanity is diminished when delivery of such a serious prognosis is assigned to robots.

The account didn’t mention if the robot handed out tissues for the grieving relatives, or if “it” was placed on administrative leave with pay pending further investigation…

Two colorful writers who have taken their leave from this life would have had field days with the robots-in-baseball experiment.

Both happened to be sportswriters, and, for a few years, were colleagues at The Fort Worth Press.

They were renowned columnist Blackie Sherrod, who died three years ago at age 96, and Dan Jenkins, 90, who succumbed this month. The latter was best known as a Sports Illustrated mainstay and as author of a favorite sports book, Semi-Tough….

The unpredictable Sherrod could take on any topic and write brilliantly. Odds are good he would have verbally dismembered the San Francisco doctor who delivered a death message by machine.

Both writers would have challenged the sweeping baseball experiments planned by the Atlantic Coast League. They’d have inquired about changing distance between the pitching mound and home plate, placement of infielders and more. They might also have asked if the robot umps will wear chest protectors.

“Is nothing sacred?” would have been central, and Sherrod would have included his patented “what ‘zis?” intro to whichever topic he took on….

I feel my eyes crossing about much in today’s culture, including robots. I’m sure they are–and will continue to be–helpful in many ways. I’m glad I’m not responsible for deciding which ways.

When I read about shocking “cultural changes,” I depend on our rescue dachshund to induce me once more into a state of complete relaxation. Sailor has a way of warming us up with deep, brown eyes, and his dogged certainty that much is right with the world –his world, anyway.

Further, I think of lifetime friends who find their ways each day without regard for robots, or much else in our crazy world….

One is Bee Pruitt who, without trying, manages to induce laughter with her banter about life so far. Widowed for 47 years, this gritty 84-year-old woman has survived much, and remains “out and about.”

She no longer drives, but cheerfully recalls her final driver’s license written exam. “The computer ‘frog’ wouldn’t work.” Huh? She admitted that perhaps it was a mouse instead of a frog.