Posted on April 28, 2018 by Loretta Fulton Leave a comment

William Paul Young writes in his book “Lies We Believe About God” that when his mother read his first book, “The Shack,” she put it down in anger when she read that he portrayed God the Father, Papa, as a black woman. She told her daughter that Paul was a heretic. He then goes on to share how that issue was resolved. 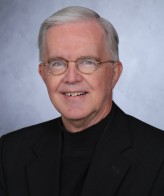 On May 30, 1946, at Royal Jubilee Hospital in Victoria, British Columbia, Canada, a Mrs. Munn came to the hospital, bleeding. The wife of Rev. Munn, priest at the Anglican church in Victoria, had already lost five babies during second and third trimesters and now her sixth pregnancy was in jeopardy. When the doctor rushed in and examined her, he stated she needed an emergency C-section. He called for the head nurse to assist and, according to their practice, they invited a student nurse to assist, learn, and do the cleanup.

Eighteen–year-old Bernice, a first-year nursing student, witnessed the delivery of a one-pound baby boy. In 1946, most premature babies typically did not survive. Neo-natal intensive care units did not exist, nor had state-of-the-art technology been invented. The doctor placed the infant in a metal tray, handed it to the student, and said, “It’s not viable. Dispose of it.”

Disposal meant any medical waste needed incinerated. Bernice went outside the OR and retrieved a wash cloth, wrapped the baby in it, and put it back in the tray. It was still breathing, so she took it back in the OR and set the tray on top of a piece of equipment that provided the only warm spot in the room. The doctor left after finishing the surgery, the head nurse moved Mrs. Munn to recovery, and the student began the cleanup.

After an hour, she finished the cleanup and went back to retrieve the baby. He was still breathing! She sat there holding him, waiting for him to die. She thought that once he died, she could obey the doctor’s orders and no one would be the wiser. At the same time, the doctor had approached the family to tell them he had not survived and left them to grieve the loss of their sixth child.

Four hours later at 1:30 a.m., still in the OR, Bernice decided to tell the head nurse. They took the baby to the nursery. The head nurse called the doctor who became irate with the student for disobeying his orders. He waited two days, believing the infant would die. Since the baby had not, he told the parents that due to modern medicine, he was still alive but they should not get their hopes up. Even if he survived, he probably would have brain damage.

The Munns were happy and named their son Harold (meaning good news). After two days they learned he was alive; after two weeks Mrs. Munn went home; after two months the hospital discharged Harold. After two years, Bernice and other nurses attended Harold’s birthday party where he ran and played with the other children, albeit a little skinny.

Bernice graduated from nursing school, went to seminary, married, and became a missionary; the following year (1955) she became the mother of a baby boy, William Paul Young.

Twenty years later, back in Canada, working as a nurse, Bernice ran across an obituary of Anglican Bishop Munn. She asked a fellow employee if she knew him and if he had any children. The woman answered that they had one son, Harold, who taught as a missionary in Africa. Another 10 years passed and Bernice read another obituary of the doctor who had delivered Mrs. Munn’s baby. Only then did Bernice break the silence and tell the story of his birth to her family. She also decided to trace down Harold, who had become the priest at the same church in Victoria where his father served in 1946.

A short time later, the two of them met, and Bernice shared the story of Harold’s miraculous birth. In a later conversation, Bernice told Harold that she was having a hard time with a book that her son had written. She asked if he would read it and give her his opinion. Harold soon wrote Bernice that he could imagine how she struggled with Paul’s image of God as a black woman. He went on to say that the Bible portrays God in all kinds of images: masculine (Father, King), feminine (Nursing Mother, Woman who lost a coin), animals (Eagle, Lioness), inanimate objects (Rock, Fortress, Tower, Shield). “Images were never intended to define God; rather they serve as a window through which we see aspects of God’s nature,” he wrote.

Bernice liked Harold’s response. The boy she had saved in 1946 became a bridge for her to walk toward her own son. By the way, I heard an audio of Paul explaining why he chose to portray PaPa as a black woman. As a child, he felt abandoned when his missionary parents left him for prolonged periods in care of others in the village. As a young boy he was sexually abused by some of the older boys. The only sense of love he felt during those early years was from the black women of the Dani tribe in West Papua (New Guinea). God is love.